Last year I'd done Jumpstart which was a great deal of fun, but unfortunately, the preschool that I'd volunteered at for a year was shutting down due to a lack of funding. That, and the serious time strain the program put on me, kept me from returning to Jumpstart this year. However, I still wanted to work with kids, and so I looked into Pipeline. Rather than doing their credit based program though, I decided to do Pipeline solely as a volunteer. Essentially then, Pipeline was a just a hook-up to get a volunteer position at a school, which is how I found myself at BF Day Elementary, tutoring the 3rd graders of Ms. Sawyer's class in math and science.

Having the experience of working with kids of all ages is important to me because I want to be a Pediatrician some day, and I want to acquire the necessary tools to be able to engage them. I'm drawn to being a doctor because of the human connection that's built between doctor and patient, and I know all too well that sometimes, that connection is belittled when children are involved. So what I set out to achieve through my tutoring position was finding that balance between getting the kids to respect me, but still being someone they could relate to. Of course, that's much easier said than done. It didn't take long for some kids to take advantage of my youth by giving me pet names (Uncle Taj of all things), and it sometimes was difficult to rein them in to order. The best thing I found was that if I acted natural, I had the most success with them. In fact, when I just behaved like myself (within reason of course), I could engage the kids better in activities than the other adults in the room (aside from the teacher herself). 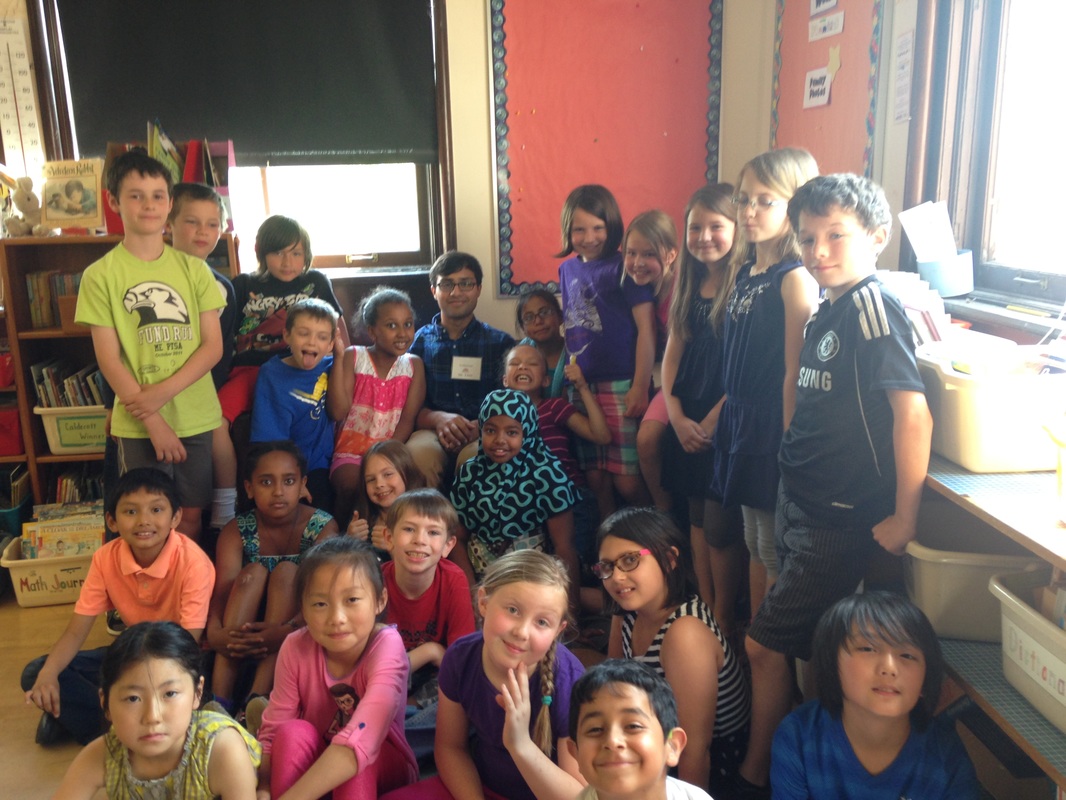 So if I learned anything this year, I don't think that finding "the balance" is the right way to go about approaching kids, because it's such a fine line to straddle. Rather, assuming the leadership role primarily but maintaining respect on top of that disposition allows the kids to feel that you are someone they can respect and can relate to. I had a much easier time being a tutor when I thought of myself as a tutor, rather than being a friend. Not that it wasn't bad to blur the lines when I wasn't teaching. I joked around with the kids and we had a ton of inside jokes by the end of the year. Making the extra effort to get to know what was happening in their lives, who they are as people, what they're interested in and more was important in solidifying that "human connection" that I was striving for. It surprisingly didn't take that long to make those connections (they did get infinitely stronger as the year went on), which is a great relief because when I'm a pediatrician, I (hopefully) won't be seeing the kids as often as I did my students at BF Day. It'll be important to strike a chord with them from the very beginning. 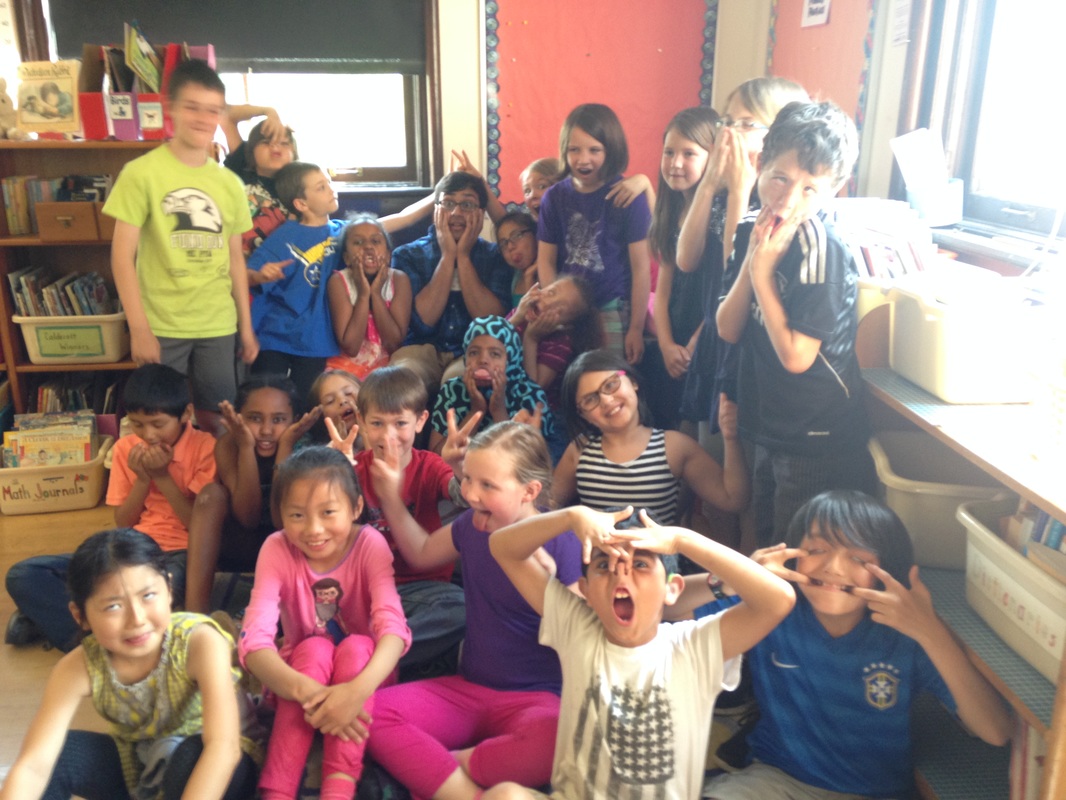 I'm really glad that I decided to volunteer with slightly older children this year. Believe it or not, the four or five year gap between the preschoolers of Jumpstart and the third graders at BF Day makes a huge difference in the way children behave. In preschool, they're just coming out of being a toddler, and so when you interact with them, it's okay to treat them as cute and cuddly, and almost anything you do that's silly will make them laugh. But in comparison to that, these 3rd graders felt like I was dealing with teenagers, and recognizing that they're far more intelligent and aware than we think they are is what makes a great professional who's in the business of dealing with kids. It's something I hope to never forget as I continue this path.

But this is hands down one of the best gifts I've ever received. 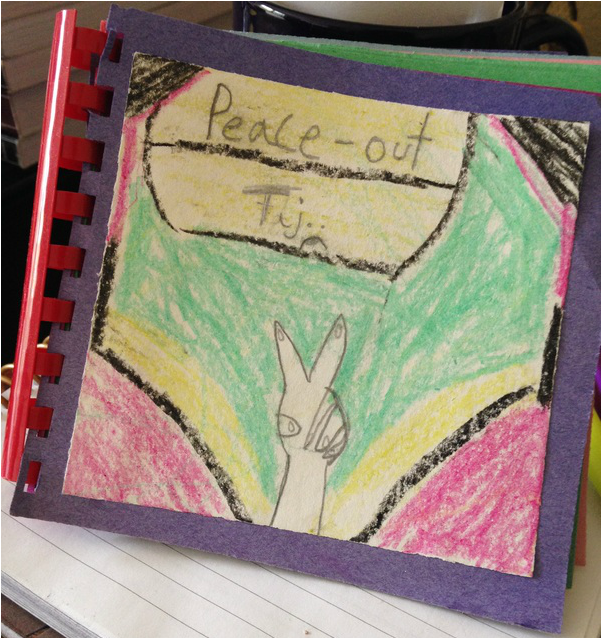 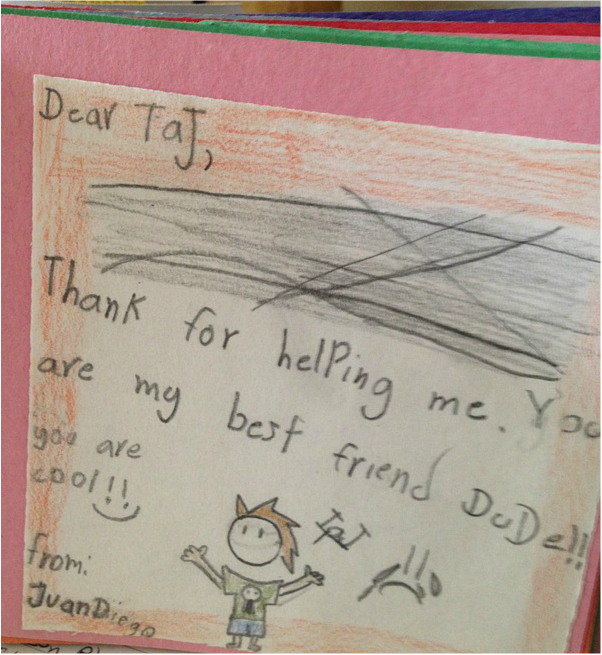