This course takes on debate-an immediate exchange of argument over a proposition-as a method of teaching and learning about issues of race, class and gender in contemporary society. The course will be divided into four sections. We will begin by exploring how debate and argument are effective methods of establishing knowledge and teaching about issues. After a core establishment of ideas and skills, the next three sections focus on issues of race, gender, and class by debating over political, social, and philosophical issues related to each subject. Class readings will focus on the philosophy of disputation, principles of debating and establishing background for active debates. Debates will be conducted both in person and online.
Here's what I liked about this class. I enjoyed the topics, many of which I had never really thought about in depth or even heard about. I liked that we had to do our own research for each topic and that we had to post our findings on Canvas and use them as a launchpad for discussion with our peers. Knowing that my peers were going to be evaluating my work (and that the professor was going to be monitoring our discussions) in such a public manner compelled me to wholeheartedly research and make sure that I responded thoughtfully in the discussions. As such, I found that I came to be more emotionally invested in the topics than I would otherwise. It raised the stakes of the class, and it made the entire process more fun. I definitely enjoyed that learning was a collaborative process, especially when we prepared for the Phillipsen Forum, where a designated team from our class would debate a team from Professor Souders's other class. It was really great how the entire class worked together as a team, with each person making vital contributions and everyone's worth being recognized. There was a lot of love in that room and that felt pretty great. And of course, Professor Souders himself is a great guy. He's quick witted and clearly very intelligent, and it was inspiring to hear him speak. As a legitimate orator, he has a professional fortitude and articulation that I aspire to adopt.

However, the class overall was a real let down. It was the first Honors class that I really didn't enjoy. First, the concept of the class was laudable, but I don't think the way it was set up really allowed an "exchange of argument" to work as a method of teaching. Rather, all that I learned about each topic came about because I was preparing for argument, but the actual act of argument was not integral in my learning process. This is due to the fact that our debates were fashioned after actual Forensic Rules, which isn't what I thought the class would be at all. Rather than having debates as a large class or even among our peers in smaller groups, we were assigned two topics, formed teams, and had very formal debates while the rest of the class watched. What ended up happening was that the focus of the class shifted from learning about race, class, and gender, and became all about the technical aspects of debate. Rather than debate being a tool for us to learn, it became a debate class. This was difficult because Professor Souders held us to Forensic standards, but almost none of us had really debated in this manner before. It was definitely a good experience getting to debate in such a way, but the infrequency with which we did it (only two debates for the entire quarter) didn't give us the practice we needed. I mean, if you're going to change the class so it's all about learning how to debate, we should at least get to practice debating more often. And because we were all so focused on our own individual debates, we wouldn't really put our hearts into the topics we weren't responsible for because we were so hell bent on preparing for our own debates. They were daunting tasks and we wanted to do really well on them. Another problem with the debate set up was that it limited the amount of time we engaged the entire class. In fact, the class spent the majority of the quarter acting as simple spectators. We had a lot of interaction online, but hardly any in class. I think this class could be great, I really do, and I realize that since it was the first time it was ever taught, it wasn't going to be perfect. I think maybe it just bit off a little more than it could chew, and it could definitely be reassessed and reorganized. I definitely appreciated the challenge of the class, but I - like almost all my peers - began to find the class tedious and not really worth all the effort we were putting into it.
Here's some memorabilia from the prepared debate I had to do. There are a couple of things I learned from the experience of debating. One is that it's important to have lots and lots of evidence, but more importantly, evidence that you've thought about and can extrapolate conclusions from. It's not enough just to throw facts at the opposition, you have to be able to tie it an argument or make a larger point. However, when you're trying to fill a certain number of minutes, it's nice having all your points and pieces of evidence laid out for you. You definitely don't want to run out of things to talk about and stand there looking like a silent idiot (which happened to me for a little bit).  Another thing I learned about debate was the issue of semantics. Our resolutions were worded rather simply upon first glance, but then we would spend almost the entire debate arguing about the definition of a certain word or bickering over the perception of a certain concept. I shouldn't have been surprised by just how powerful words can be in a class dedicated to communication, but there you have it. I definitely have a better understanding of the nature of dispute and how it arises when one seemingly insignificant word like "should" can define the course of an entire debate. 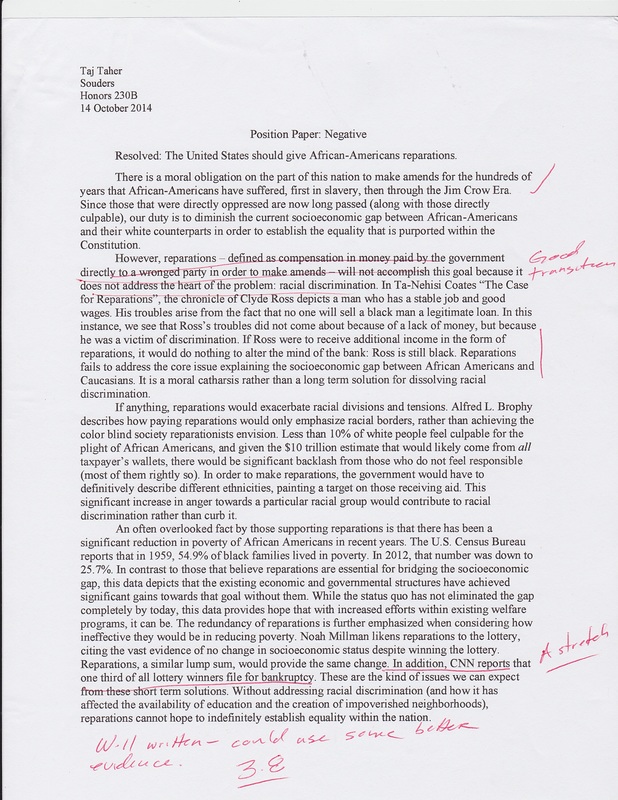 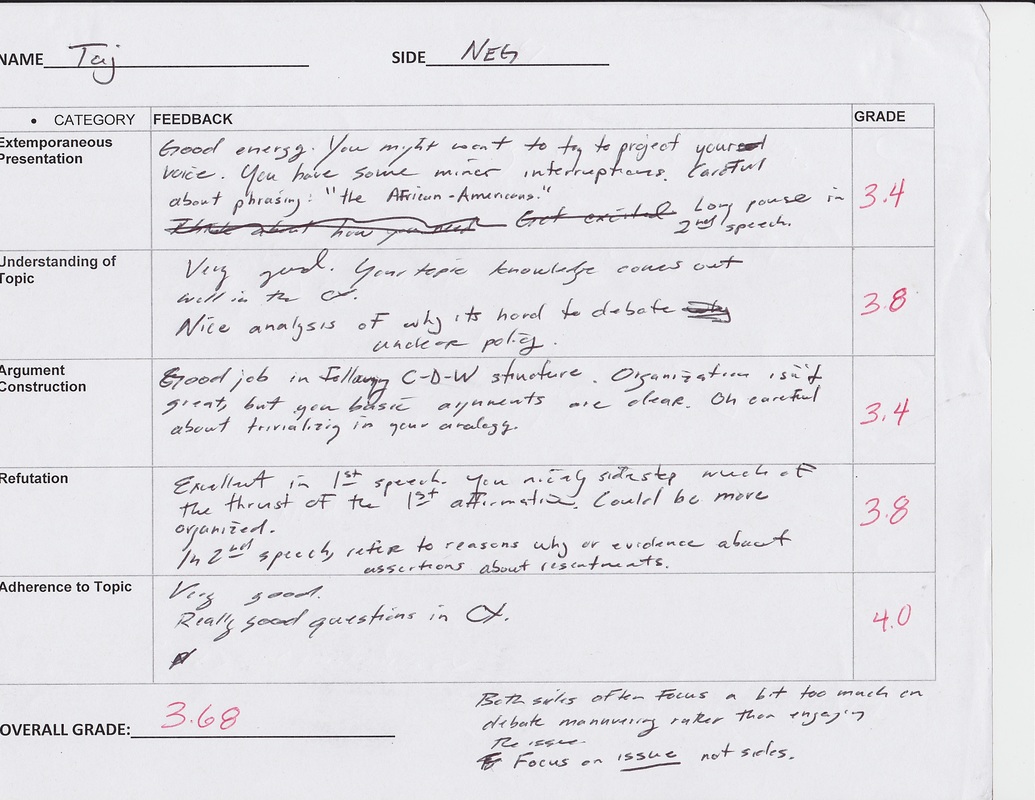